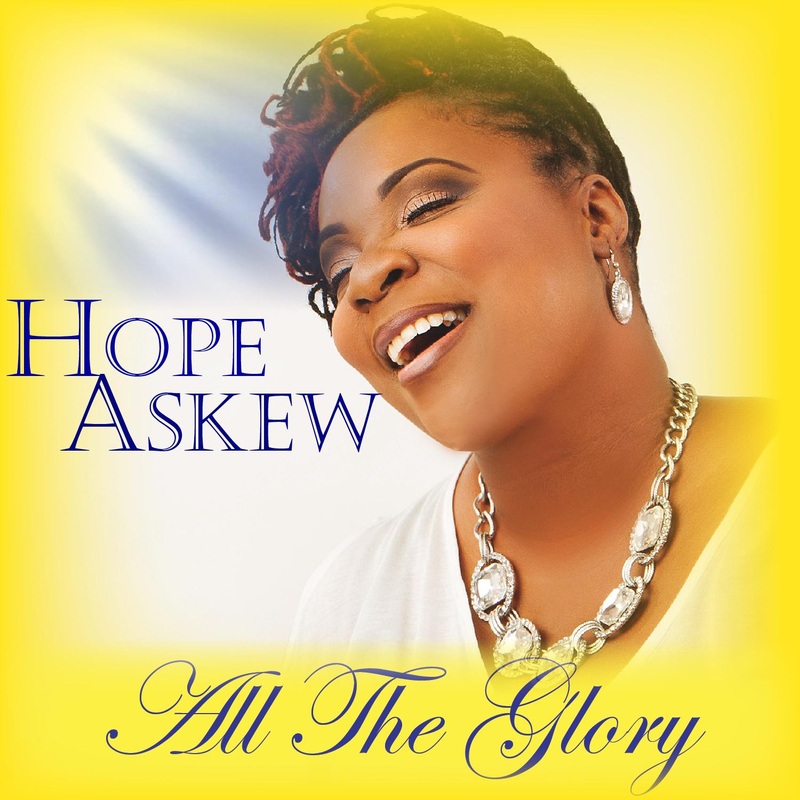 May 26, 2015 (Springdale, Ark.) – International gospel performer Hope Askew will be featured during an exclusive online listening party hosted by the legendary Dr. Bobby Jones and Humilitee. During the show at drbobbyjonesmagazine.com, Jones and Humilitee will highlight Askew’s new single, “All the Glory,” and the All The Glory Movement. The listening party is one of a number of upcoming media highlights for Askew, who also is set to perform on live television on June 8th on Cornerstone Network’s “Real Life.”

The media tour is promoting Askew’s latest single, “All The Glory.”

“’All The Glory’ is Hope’s best work and a welcomed new sound,” said Humilitee, who is a marketing strategist as well as a media personality.

Askew’s new worship anthem is the anchor of #AllTheGloryMovement, a social media movement of sharing stories of miraculous events, healing and any instances where people are giving all the glory to God. “All The Glory,” which currently is being played at more than 140 INSP/Soft AC, AC, Praise & Worship and Gospel-formatted radio stations, charted at No. 1 on its first week out on Christian Radio for overall radio station adds and is currently at No. 1 on the Christian Radio Urban Chart. Additionally, the anthem made MPE’s top 20 countdown for the most downloaded songs of the week.

“The success of ‘All the Glory’ is mind blowing,” Askew said. “I am certain that the online listening party with Dr. Jones and Humilitee will keep the momentum going, followed in just a couple of weeks by my appearance on Cornerstone Network. Of course, I give ‘all the glory’ to God.”

This KingdomGate Music Group artist is set to perform the new single on “Real Life,” as well as her Top 50 Billboard song “You’re the One” and “Release Me.” The live show will air June 8th at 9 a.m, while a second taped show will air June 15th at 9 a.m. EST, with repeats at 8 p.m. EST and 1 a.m. EST, reaches more than 5.8 million U.S homes and can be watched online at ctvn.org.

Diagnosed with multiple sclerosis in 2012, Askew uses her personal testimony to inspire audiences throughout the world. An artist who has shared the stage with Andrae Crouch, Marvin Sapp, Fred Hammond, Donald Lawrence & TriCity Finale Tour, Martha Munizzi, and others, Askew recently returned from a European tour where she performed throughout Italy and Switzerland.

She has released three R&B singles and three full-length gospel albums. Askew’s music has charted on Billboard with the likes of Mary Mary, BeBe and CeCe Winans, The Sounds of Blackness, Jessica Reedy and others. She has graced the cover of Gospel USA, Airplay 360, Gospel Truth, Gospel Roundup and others.

Throughout her career, Askew has won Gospel song of the year and has been nominated for numerous awards. They include Female Gospel Artist of the Year, Best Gospel Artist of 2012 and a 2015 Ms. Go-Getter Award for Music and Entertainment..

For more information about Askew, visit HopeAskew.com. Join the movement by visiting AllTheGlory.net.

The online listening session is May 28th at 7pm at drbobbyjonesmagazine.com.
Listeners may also Call in at 818-572-4907 to listen or participate.